Studies on cannabinoid anticonvulsant activity began in 1975, when Cannabidiol (CBD), and four CBD derivatives, (CBD-aldehyde-diacetate, 6-oxo-CBD-diacetate, 6-hydroxy-CBD-tri-acetate and 9-hydroxy-CBD-triacetate) were shown to protect against maximal electroshock convulsions in mice.   Now it is given to children who suffer from epilepsy and adults who suffer from Parkinson’s Disease.  CBD is an effective anticonvulsant, with ability to treat all forms of seizures and tremors.

Below is a review from a client who has been giving his son CBD to treat his tremors:

“I turned to CBD oil after exhausting all traditional forms of medicine.

At 15-months my son had an adverse reaction to a vaccination. He went from a happy energetic toddler to a child who had difficulty walking and using his arms.

I took him from hospital-to-hospital to no avail.

The only answer I got was that he had ataxia. Ataxia is not a diagnosis, it’s is a neurological sign consisting of lack of voluntary coordination of muscle movements that includes gait abnormality. Simply put, it means “I don’t know what wrong with your son.”

This is horrifying for a parent.

The doctors would prescribe medicines that turned my son into a zombie, I couldn’t put him through that anymore. I just wanted my little boy back.

Physical and occupational therapy helped with his walking, thank God, but he couldn’t do simple things that we take for granted like use utensils and holding a crayon because his tremors were so bad.

Finally, my brother suggested I try CBD oil. Reluctantly I did. What was there to lose? I was desperate!

At first, it didn’t seem to work so I increased his dosage. Gradually I started noticing improvement, with writing, coordination, his tremors were less, he slept better at night and his confidence grew.

I would recommend any parent to at least try CBD oil.

Yes, I was careful to talk with him, to make sure he wasn’t experiencing unwanted side effects.

I’m thrilled that I no longer have to medicate him. We build LEGOs together and he’s excelling in school.

They say it’s the little things in life that bring us happiness, I’m so glad my son and I can enjoy them together.” 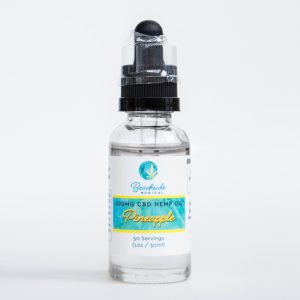