In an article posted online by Indystar.com, parents from Huntingburg, Indiana are allowed to give their daughter CBD oil to treat her myoclonic seizures after Child Protective Services threatened to remove the toddler from her home if she wasn’t given Keppra, a popular medication used to treat epilepsy.  CPS had been notified by medical personnel at Riley Hospital for Children that Lalah Jerger was “not treating” her daughter after they discovered that the mom was giving Jaelah hemp oil instead of the Keppra, which has symptoms that include drowsiness, dizziness, unusual tiredness, or weakness.

On 9/20, CPS made their formal request for the family to treat the 20 month old with Keppra and to force a weekly blood test to confirm usage.  Eight days later, CPS dropped the case against Jerger after allowing her daughter to be admitted to the hospital on 9/26 for symptoms due to the medication.  Currently, Jaelah is only doing the CBD Oil therapy and is being monitored by a neurologist at the University of Louisville.  Her seizures have gone from 40 to almost none, with 4 seizure free days since starting the oil. 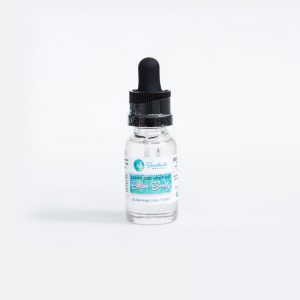