In a separate 2017 study in Los Angeles of dispensary operations reported that “open dispensaries provide $30K per year in social benefit in terms of larcenies prevented.”

As far back as 2012, there was a federally funded study which found ” There were no observed cross-sectional associations between the density of medical marijuana dispensaries and either violent or property crime rates in this study. These results suggest that the density of medical marijuana dispensaries may not be associated with crime rates or that other factors, such as measures dispensaries take to reduce crime (i.e., doormen, video cameras), may increase guardianship such that it deters possible motivated offenders.” 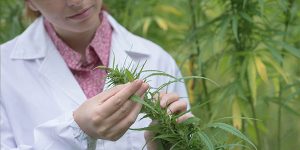