Autism is one of the fastest-growing developmental disorders, affecting 1 in 68 children in the United States, according to the Centers for Disease Control and Prevention.  Symptoms of Autism include impaired communication and social skills, along with compulsive and repetitive behaviors.  These typically start to show in infancy or early childhood.

In Israel they are hoping to combat this.  First reported by USA Today, a current study that began in January of 2017 by Shaare Zedek Medical Center in Jerusalem that involves 120 children and young adults, ages 5 to 29 who have mild to severe autism, children have shown significant improvements.  Initial reports show that some participants no longer hurt themselves or throw tantrums. Some of them are more communicative and others were able to return to back to school after they had been removed for behavioral problems.  According to one mother of a 12 year old child currently involved with the study, “My child is speaking relentlessly. … He never spoke before.”

Study participants are given liquid drops that can be added to food.  They receive one of two different CBD oil formulas or a placebo.  The oil does not cause a high because of low levels of THC, marijuana’s main psychoactive ingredient.  The study will continue through the end of 2018. 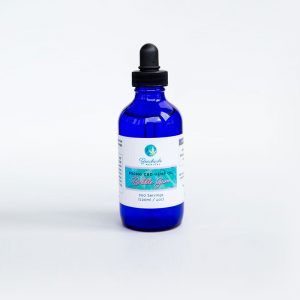