Cannabidiol (CBD) is one of of multiple cannabinoids that are found in Cannabis.  Our bodies have a system within it called the Endocannabioid System (ECS).  The ECS has multiple receptors called CB1 and CB2.  Those receptors are found in all of our organs, except in the Thalamus and Brainstem where our breathing is controlled.

In a study published in December 2009, it was discovered that “both CB1 and CB2 receptors are involved in the mediation of inflammatory pain.  Since, inflammatory pain is a hallmark of several chronic diseases including sickle cell disease and cancer, cannabinoids appear to be a promising therapy to treat severe pain in these diseases.”

In a separate study, researchers found that “Cannabinoids suppress inflammatory response and subsequently attenuate disease symptoms. This property of cannabinoids is mediated through multiple pathways such as induction of apoptosis in activated immune cells, suppression of cytokines and chemokines at inflammatory sites and upregulation of FoxP3+ regulatory T cells.” 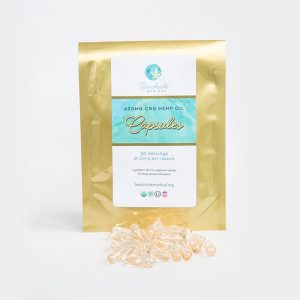