Cannabidiol in Indiana; what the law really means

The state attorney general in Indiana, Curtis Hill, issued an advisory opinion in regards to possession and use of cannabinol (CBD) in his state.  In an article published by The Tribune he says that individual police departments and prosecutors can choose whether to charge anyone for possessing or selling CBD oil.

Indiana recently passed House Enrolled Act 1148, which allows the use of CBD for patients with epilepsy.  This same bill also says  “(c) It is a defense to an allegation that a person has violated a condition described in subsection (a) that:(1) the violation is based solely on the person’s use of a substance containing cannabidiol;(2) the substance containing cannabidiol has been approved by the federal Food and Drug Administration or the federal Drug Enforcement Agency as a prescription drug; and(3) the substance was prescribed and dispensed in accordance with the federal approval described in subdivision (2).”

Furthermore, in the Controlled Substance Act (CSA) it does not contain the terms Cannabidiol, Cannabinoids or Hemp. In order for these terms to be included in the CSA and officially become law, it would take an act of Congress, passed by the House and Senate, and signed by the President.

Fear not, brave Hoosiers.  You can still have control of your own health.  For any additional questions or concerns about the law, or if you are in need of an attorney Norml.org has a list. 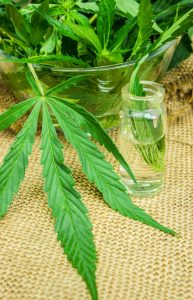